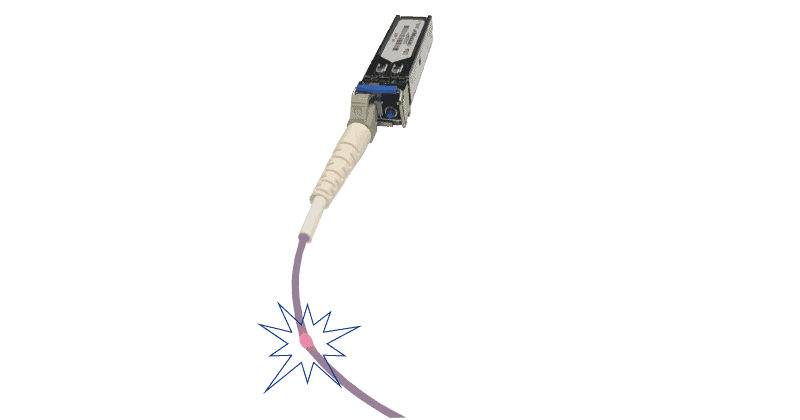 With more than 14 years of expertise in testing, visible lasers, and optical transceivers, for industries such as commercial and military aerospace, military tactical, oil and energy, and subsea networking, COTSWORKS is excited to announce the release of its newly developed optical fiber test device called the VFL-SFP.

The VFL-SFP is a Commercial-Off-The-Shelf SFP form factor transformed into a pluggable visual fault locator device.  The VFL-SFP serves to quickly identify pinched fibers, breakpoints, poor connections, or bad splices for continuity defects. The SFP utilizes a Class 2M, 635nm FP laser which injects a visible red light into an optical fiber cable.  Like existing VFLs, visible red light indicates an excessive light loss in the fiber and helps quickly target problem areas in an optical system. It is available for held-held use or with devices such as communication network switches, servers (or server blades), and COTSWORKS media converters. The VFL-SFP was designed in accordance with MSA standards for compliant pluggable ports and associated devices. All COTSWORKS products are constructed and supported through our AS9100 processes and through COTSWORKS’ lifecycle support programs. The VFL-SFP can be produced for OEMs or resold by test equipment companies with MSA compliant SFP ports.

View All News & Events
COTSWORKS, LLC. uses cookies to enhance the user experience and to generate user statistics using Google Analytics to help us better understand how our site is being used. By using our site you accept the terms of our Privacy Policy and receipt of cookies on your browser from this site. To manage use of cookies, please refer to your browser settings.AcceptPrivacy policy